As we continue to look for ways to get out and about during this troubling time, we sometimes go for a ride. We have no real destination. Most often we strike out on roads down which we have never been, though they are not that far from home. It is always amazing to us that we can find so much we never knew about…so very close to home. Paydown was a place we found on just such a drive.

Traveling along Missouri state highway 42 we came across two structures very near the roadway. We had to pull off, we had to investigate, and then I had to return home to do some research to discover just what we had found.

The area we saw was what remains of a town that stood at the site first settled in 1826 by Charles Lane. Most of the early settlers probably cut timber and trapped animals for their valuable fur. As the area became a more permanent site where residents began to farm the land, Lane built a grist mill on Mill Creek to serve the growing population and their needs.

Eventually the area had a post office and a general store. Around 1850, the town was named Pay Down, in reference to the operator of the mill, a man who did not believe in folks owing money for services. His motto and his nickname, “Pay-down-or-no-deal” Kinsey. The name of the town is now spelled Paydown.

Paydown Mill, built on Mill Creek in 1826 by Charles Lane.

Records around the time of the Civil War indicate that the general store at Pay Down did business with the U.S. Government. Pilot bread, also known as hard tack, was baked at Paydown and sold to the Army. Sutlers, men who came through to purchase goods they then provided to troops in the field, also appear in the records of the general store. The sutlers purchased barrels of sugar cookies and “ginger nuts” for troops from Michigan and Iowa who were serving far from home. The records also show sales to restaurants in the St. Louis area.

The mill that remains today was built in the 1890’s about a mile from the original, and operated for about thirty more years.

But it was the building directly across the street that gave me pause. We have tried on many occasions to leave home and all the problems facing this country for a moment just …not to think. But in this country, and at this time, we simply cannot avoid, skirt around, run away from, or otherwise try to shield ourselves from what is right in front of us demanding to be dealt with, finally, and at long last. Right across the street is an old worn down building that was slave quarters in the mid-1800s.

Slave quarters from the mid-1800s

The building was hard to look at, and equally hard as we attempted to take it all in, to understand its full meaning and its full indictment of the history for which this nation has never found closure. Yes, of course, there are historical places that show evidence of slavery, but as effective as they try to be, they do not quite give the same impression of its horrors as does this raw, untended example of what it might really have been like to live in this place with no walls but slats, no floor but raw boards.

Our history of slavery is one that will continue to taint our national memory,  cast a shadow over the true understanding of our history, and forever tarnish our nation’s legacy if we do not face up to it, put an end to its regional glorification, and move on as a United States adamant in our resolve to be a better place where everyone is truly equal, and everyone has the same opportunities. That is, after all, who we say we are…well, the proof is in the actions, and not in the words. 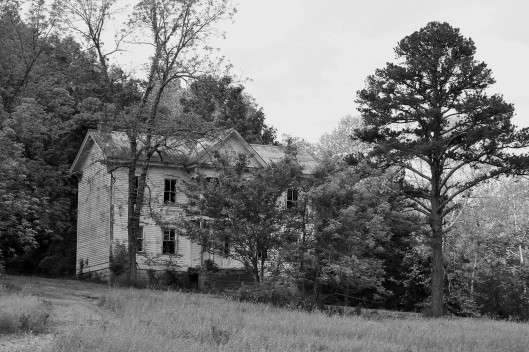 Behind the slave quarters, and up from the road is a large, Greek Revival house which is known as the Paydown Manor. I was unable to determine exactly when the house was built, but 1885 seems most likely. The house was the home of Thomas Bray and his family. He and his wife Mahala raised nine children in the house, and Thomas operated the mill for some time.

There are ghostly stories that surround the house. It is said that Tom walks down to the mill each night carrying a lantern, and if you are very quiet you can hear the laughter of his children inside the house. I looked at the house from afar, took a picture, and went on my way! 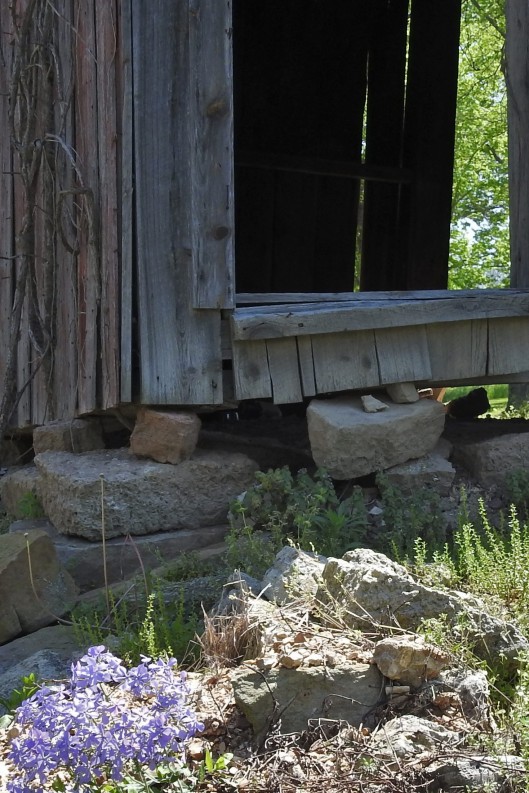 We have been back to the site several times, just to walk around, explore the mill and contemplate what life might have been like in this little town in the middle of Missouri. We think about its history, good and bad. Before leaving I always try to find a picture that shows both the sorrow and the beauty of this spot that was once the home of Native Americans before the white man came to farm and trap for animal fur, and the young entrepreneurs who came to build and engage in commerce, the soldiers who passed through as they fought a war we have not yet completing come to terms with, the slaves who labored here, and nine kids running around catching fireflies, playing tag, and running through a big house, laughing. The picture above helps me remember all those different people, the lives they lived, and the legacy they left for the future.

2 thoughts on “Driving Around, Encountering a Past We Were Not Expecting”