“To those who have not yet learned the secrets of true happiness, begin now to study the little things in your own dooryard.” George Washington Carver 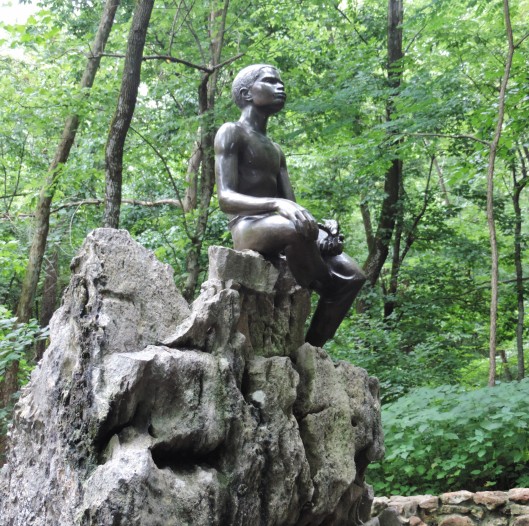 “The boy who loved plants.”

When I first began this journey to visit all the places in Missouri that are listed on the National Park Service website, I did so because I believed that, as important as it is to learn about our nation and its magnificent places, it is equally important to learn about that special place each of us calls “home”. My husband’s and my latest trip took us to the birthplace of George Washington Carver (my daughter asked me if he was the Peanut Man), in the little town of Diamond, population, 902. It is now one of my favorite national parks, and I can not figure out why I had not found it earlier. It is also special because I immediately related to the Carver quote above, about learning of your own “dooryard”.

George Washington Carver was born in or around 1864, to Mary, the only slave of a farmer named Moses Carver, and his wife Susan. For the first two weeks of his life, he lived with his mother in a small cabin on the Carver property. Our ranger guide agreed to stand inside the reconstructed layout of the cabin to give an idea of just how small this cabin was.

The cabin in which George Washington Carver spent the first two weeks of his life.

George was born during turbulent times in Missouri during the Civil War. When he was two weeks old, George and his mother were “ku Cluckeled”, kidnapped, by a band of guerrillas, and sold in Arkansas. Moses Carter sent someone out to find them and bring them back, but George was the only one he found. George never knew what happened to his mother.

He lived with the Carters until he was between nine and eleven years old. They treated him well, and raised him in their own home. While he was living here, he loved to go out into the woods and the prairies nearby. He loved plants, and took every opportunity he had to gather them, study them, and experiment with them. Some people called him the “plant doctor” because so many plants did so well under his care. 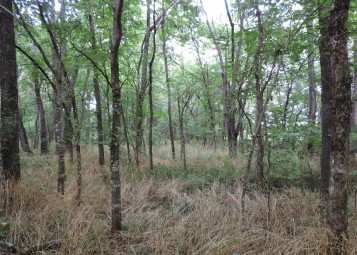 The woods which would be similar to where George played and learned as a young boy. 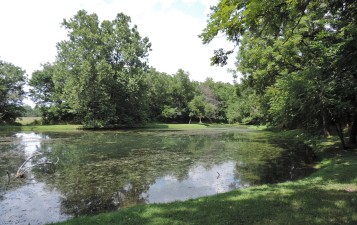 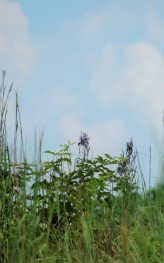 George would have spent many hours on the prairie near the Carver home.

Because he was an African American, George was not allowed to attend the school in Diamond Grove, so he left the Carters to attend a school in Neosho, MO. There he lived with the family of Mariah Watkins, who nurtured and encouraged him in his interests, and in his thirst for knowledge.

From Neosho, George went to attend school in Ft. Scott, Kansas, then on to study in Olatha and Paola, before he graduated from high school in Minneapolis, Kansas. He applied to study at Highland College, but was refused because of his race.

George loved plants, but he believed that he loved to paint them even more. He had decided many years earlier that painting the plants he loved was what he wanted to do for all of his life. So, in 1890, George applied to, and was accepted to Simpson College in Iowa as an art major. His art teacher, Etta Budd recognized George’s great ability with plants, and encouraged him to study botany, which she believed would provide him a better standard of living than he would find in the art world.

George enrolled in Iowa State Agricultural College in Ames, Iowa (today the school is known as Iowa State University), where he earned a Bachelor degree in Agriculture in 1894, and a Masters of Agriculture degree in 1896. After receiving his degrees, George accepted an offer from Booker T. Washington to head the Agriculture Department at Tuskegee Institute in Alabama.

George Washington Carver realized his life’s dream of serving others during his years at Tuskegee Institute. He understood that growing cotton year after year was hard on the soil, that it made it less productive as the years went on. Through his study and his teaching, he was able to convince southern farmers to grow peanuts and soybeans to rejuvenate the soil, and save their livelihoods. He was an amazing man, with an amazing spirit, an amazing desire to help others, and an amazing understanding of the world around him. 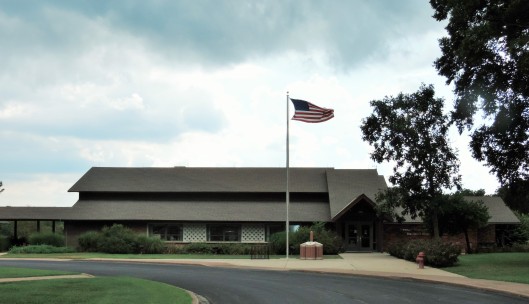 When you visit the George Washington Carver National Monument, you will find plenty to do inside and outside. The Visitor Center is a fantastic place with a museum, a museum store, and a theater which shows a film about Carver, his life, and his legacy. But the place in the Visitor Center that I love the most is the laboratory. It is used by school groups who come to do botanical experiments…George would be so proud! Across from the lab is a 1800’s vintage classroom to which students can come and learn about George Washington Carver and his contributions. 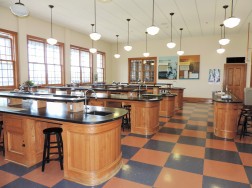 The botany lab in the Visitor Center 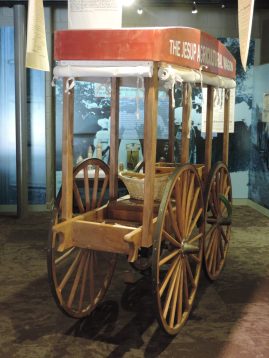 This wagon, kept in the museum, was used by George Washington Carver as he traveled around teaching southern farmers better farming practices that would replenish the soil and keep their farms producing good crops.

And when you venture out onto the grounds, you will find… 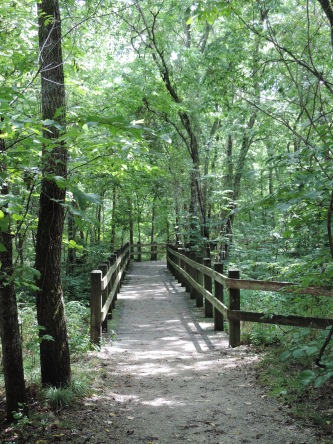 A recreation of the house that Moses Carter built in 1881. George never lived in the house.

A home garden just outside the front of the house…

The family cemetery that was used by others in the community…

The prairie just outside the cemetery with…

and even more prairie flowers.

The George Washington Carver National Monument is an extraordinary place that encourages us to be all that we can be, in the place that we are, with the gifts we have been given. Jim and I always encouraged our children to strive to be the best that they could be; this special place is the perfect place, with the perfect story, to drive that message home.

“Reading about nature is fine, but if a person walks in the woods and listens carefully, he can learn more than what is in books, for they speak with the voice of God.”    George Washington Carver

So go out to a prairie, out to a woodland, into a museum, onto a seashore, up into a mountain, and find your park…or come see our little corner of the world, and the Carver Monument in southwestern Missouri. To learn more about George Washington Carver National Monument, and to plan your visit, go to the NPS website at http://www.nps.gov/gwca/index.htm

He experimented with peanuts, and created many recipes using peanuts. For this post, I chose Peanut Cookie #1. Because his directions are very general, I had to do some experimenting of my own!

Cream together the butter and sugar. Add the beaten eggs. Measure out the flour and combine with the baking powder. Add the milk and the flour mixture, mixing well. Lastly, stir in the peanuts.

Drop by spoonfuls onto a well greased baking sheet, and bake for 8-10 minutes.

*I used my small food processor to grind roasted, unsalted, and shelled peanuts.

**When I make these again, I will try a 375 degree oven, just to brown them a little more.

5 thoughts on “Find Your Park in Your Own Backyard #11…”The Boy Who Loved Plants”, and Peanut Cookie #1”